Our Waste Removal Services in Glasgow

We're SEPA registered and recycle as much as we possibly can, so you can have a clear conscience as well as a clear house! 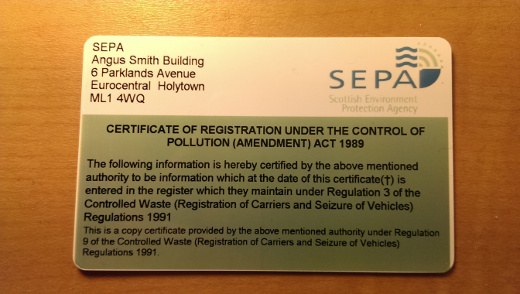 What do we remove?

We can move any waste from wherever to the dump - and we recycle everything we can. From small pick-ups to multi pick-up waste, we love it!

We have a friendly team and always strive to deliver a great service.

Get in touch now!

UK households produced 30.5 million tonnes of waste in 2011 / 2012 of which 17% was collected for recycling (source: defra.gov.uk). This figure is still quite low compared to some of our neighbouring EU countries, some recycling over 50% of their waste. There is still a great deal of waste which could be recycled that ends up in landfill sites which is harmful to the environment.

Recycling is an excellent way of saving energy and conserving the environment. Did you know that:

We are very proud to be awarded the the best rubbish removal company in Glasgow and have been #1 on three best rated since 2018: 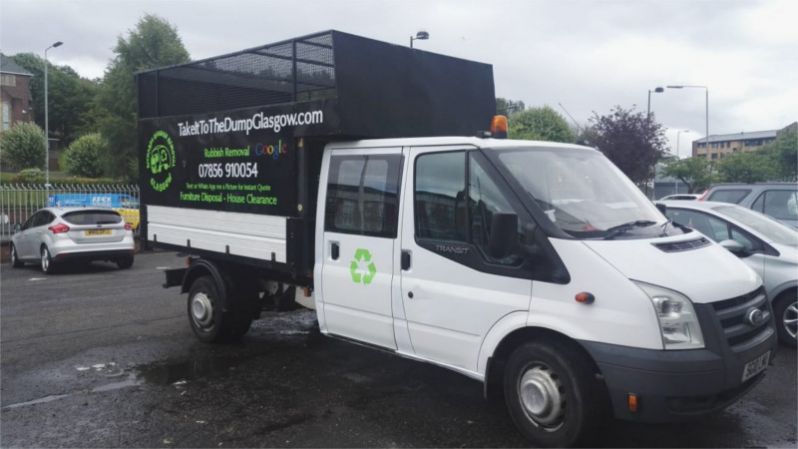 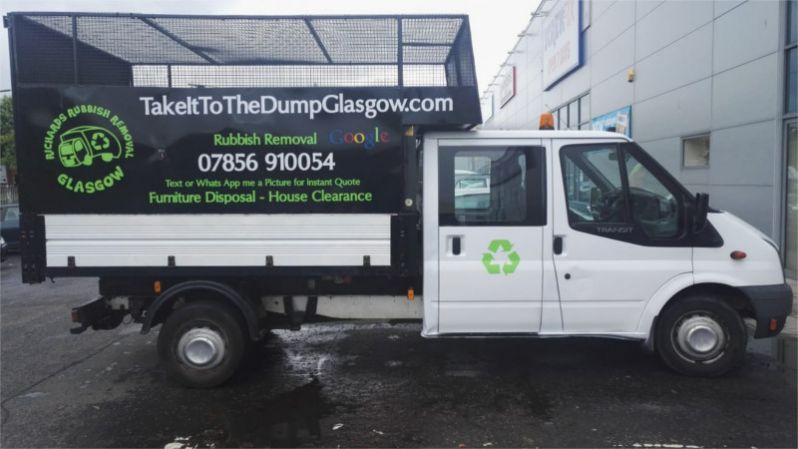